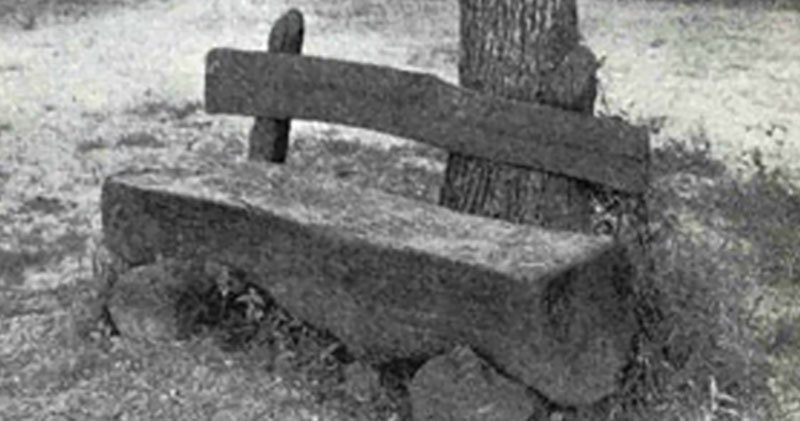 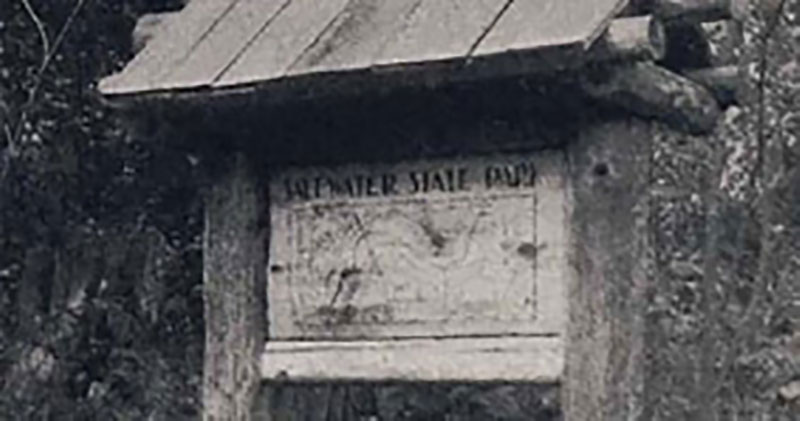 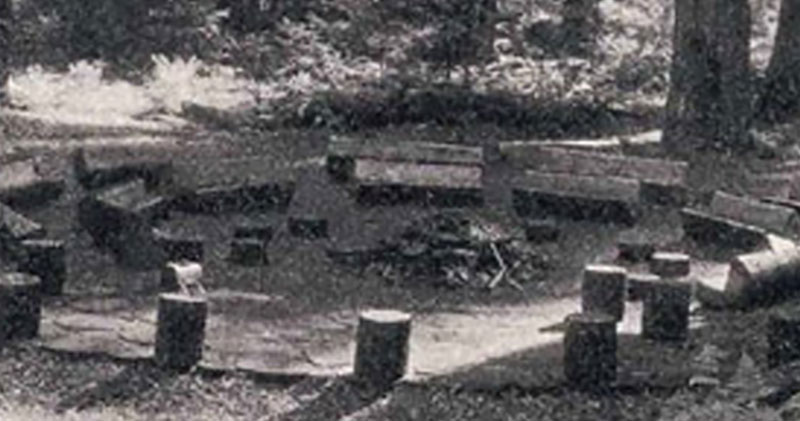 Born Of A Local Disaster

The Southport Park we know today was born of a local disaster created in woodland which the New York and New Haven & Hartford railroad had bought for part of its 1890’s four-tracking expansion. Around 1912, to help pay for its expensive project, the railroad sold off standing lumber on some of its right of way. As a result, Milton Lacey and other Southporters awoke one morning to find the woodlands for which Grove Street was named little but stumps and sawdust.

In 1914, Milton Lacey bought 12 acres of the clear-cut land from the railroad for $2000. The Association, incorporated in 1915, began restoration work. Conrad Buckingham often gave the use of his men and teams for work on the grounds. Clarence B. Sturges gave 50 white pine trees. Trails were cleared, guide arrows posted. Joseph Swienciki, Joseph Elias and Michael Kycia were some of the local men who worked on the park. Billboards on the Old Post Road, long considered an eyesore, were taken down.

Cyrus Sherwood Bradley donated several large stones of curious formation and offered to place them on the grounds at his own expense. Two of the rocks were sited just inside the entrance to the park as a monument to Indians who once lived in the area. Bradley said the rocks represented “two Sasqua Indians, mother and daughter, in the form of wild water bird of their native meadows, resting in the paradise in which they believed, the mother comforting the child. It is composed of two of the natural duck-shaped stones of the county. According to Bradley, Indian paradise lay in the southwest, and that is no doubt why the stones were placed at the southwest entrance to Southport Park.”

In 1919, Miss Frances Wakeman put up the money to buy 2 more acres on the east to give the Park an entrance on Bronson Road and this was planted with Norway spruce, white pine and arbor vitae. In the same year, the park parcel was made tax exempt by the town.

By 1927, a wonderful resurrection was taking place. During the Depression, Lacey employed a number of young men to clear the brush and cut trails through it in the early 1930s.

By 1950, the 80-year-old Lacey and other members of the Association thought it time to make plans to insure that the Park would continue to be used as intended. At a special meeting on March 15, 1951, the Southport Park Association was dissolved by resolution and the decision to the transfer the Park to the Sasquanaug Association was ratified.

The 1952 deed to the Sasquanaug Association contained conditions. These guaranteed its continued use as a place for outdoor recreation and … protection for wild life, including birds, wild flowers and trees” prevented its being sold or taken by eminent domain unless all proceeds were used to procure property for a similar purpose; arranged that any income accruing to it would be used for its care and improvement.

Southport Park is the largest tract of open space in the village. The northern portion can be seen from King’s Drive. the paths in the southern portion are easily accessed from the Old Post Road. Although stout walking shoes are advised, the park is well worth an autumn stroll.